Handel’s Messiah is arguably the most recognizable piece of music to come from the Baroque era, and this is no accident. Not only was the text [written by Charles Jennens] designed with the intention of being set to music and performed in a theatre with recitatives, arias, and choruses, but the timing of the release all but ensured the longevity of this piece.1

However, for this initially controversial oratorio to cement its place in history, the full reach of Handel’s influence on the political, religious, and private aristocracy was needed.

The most important development of G.F. Handel’s life would be how the extent of his travels around Europe gave way to not only the evolution his compositional style but also the relationships he formed with the Church and various monarchs. In 1710, after living in Italy for a few years, Handel moved to Hanover, NW Germany where he conducted for the Electoral Court and won over the respect of the Elector who would later become King George I of England in 1714 after Queen Anne of Great Britain dies.2 However, even with his steady commissions from King George I and II, financial troubles [due to his investments in London opera houses] would take quite the toll on the composers health. In 1731, nearly 10 years before the premiere of The Messiah G.F. Handel suffered a stroke and was diagnosed with palsy; although this did not stop him from creating his most popular works before his death in 1759.3

In fact, it wasn’t until Handel was in his 50s when he started writing oratorios again, this time in English, which would lead the development of the earliest of mass performances. Around the mid-1800s, choral music became extremely popular and was no longer monopolized by professional singers. Many church services would include a choir of amateur singers who could master a piece [designed for professionals to learn in a couple of rehearsals] in a few months. These choirs would sing anthems for the year, giving works like

The Messiah popularity on a global scale through the survival of [westernized] choral institutions developed and spread around the world by the Church.4

Jennens would have appreciated this (even though this oratorio was written for a more secular performance) since he was emotionally committed to the Church of England and had even taken the text verbatim from the Bible when writing The Messiah. Jennens’ family was mainly comprised of politicians and jurors so, as a non-juror in the aristocratic class, he felt isolated but thankfully he had an outlet within music and the Church.5 He began collecting manuscripts of Handel since 1735 and although he was 15 years younger than Handel, he developed a reputation as libretti and was trusted by Handel when giving suggestions to the composition and text painting.

Since the invention of the printing press almost 200 years prior, the way music was being learned and performed has evolved as well as the adding layers of instrumentation due to the mechanical craftsmanship of the organ and stringed instruments. Also, with the private sector investment in public theatres and opera houses, the arts were no longer commissioned only by the Church and thus a more secular listening experience was developed. When The Messiah had first released in 1742 the London public shunned it due to various musical critics claiming it profaned the church by bringing sacred subjects into the public theatre.6 It took nearly ten years of quarreling and differing claims of The Messiah’s origin of creation until London’s music critics and patrons changed their attitude towards this piece. With the growing middle class, the “loss of gloss” within Italian operas, the reformation of the Church and the expansion of the English language through colonization, it seems as though the last few hundred years had culminated to the success of The Messiah.7

If it wasn’t for the colonization of the Americas and the preceding crusades by the Church which essentially wiped out all other religions in Europe and Westwards, global musical history wouldn’t be centered around only Western European culture. 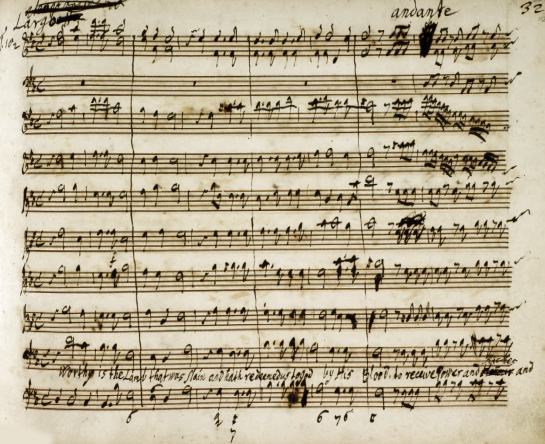 Though Handel would give the success of his music to the words, the greatest influence for the success of The Messiah would be its association with the Foundling Hospital, which is fitting since the original intent for the first performance was to provide relief for prisoners and support the Mercer Hospital in Dublin, Ireland.8 In fact, it was common practice for musical societies of Dublin to donate works to charity.9 He would end up performing The Messiah around 34 times within his life and for eleven of those performances the proceeds went to the Foundling Hospital; raising nearly £7,000 (nearly £1,260,000 in 2011) for charity. In the end, Handel ended up leaving the rights to The Messiah to the Foundling Hospital in his personal letter of will and testament.

G.F. Handel’s influence wouldn’t stop after his death either. The Messiah was performed at the Foundling Hospital seventeen times in a row after his death; eight times under the conduction of Mr. Smith and nine times under Mr. Stanley.10 All the proceeds of these performances went directly to the charity. For years following his death, publishers would pirate each other’s copyrighted works or would adapt music from the original score to create “chamber duets”.11 Felix Mendelssohn, who was considered to be extremely familiar with Handel’s works, had mentioned that when writing Psalm 42 the use of recitative was inspired by Handel’s oratorio [The Messiah].12

And since the song is so recognizable, many music critics would compare newly written operas to Handel’s works for centuries to come.

Abundant use of charitable performances and other affiliations with the Church allowed this piece to expand on a global scale due to the development of technology and growing literacy rate. The colonization of the Americas, Africa, and India by European powers also played a vital role in the oppression of all other cultures’ musical history. In conclusion, although Handel’s The Messiah is a great piece of musical art, it would have never become the staple of English music if it weren’t for the political connections, expansion/reformation of the Church, and the growing investment public opera houses. All which had been paid for with the blood and eradication of many other cultures.

Professor Donald Burrows is currently the Director of the “Handel Documents Project” based at Open University. In 2000 he was awarded the “Händel preis der Stadt Halle” or Handel Prize for the City of Halle (Handel’s birthplace) which is given to those who have shown great scientific or artistic achievements in connection with G.F. Handel. Starting as a violinist as well, Professor Burrows brings a thoroughly detailed and research perspective that is recognized internationally as one of the leading scholars of Handel.

Dr. Zachary Durlam is the director of Choral Activities at the University of Wisconsin Milwaukee. In his research, Dr. Durlam focuses on the interaction between Felix Mendelssohn’s compositions in regard to the inspiration drawn from Handel’s choral music. Having the perspective of another renowned composer who studied the works of Handel can show how his influence on later musical works can be recognized.

Jonathan Keates is an award-winning English writer, rather than a musician. This book focuses on the biography of Handel’s Messiah, rather than the composer, and his reasoning behind the process of its creation. Keates’s appreciation of the conceptual design and how different influences in Handel’s life inspired him to put Charles Jennens’s scripture collection to music brings a unique perspective to the study of Handel’s Messiah.

Dr. Curt Sachs was a historian whose interest in music lead him to become one of the leading musicologists in his time and is also one of the founders of organology. He was also the professor of musicology at Berlin University, where he received his doctorate. Although he makes note of Handel’s most popular works, Dr. Sachs focuses mainly on Handel’s history and how his geographical location and personal relationships influenced his compositions.

Victor Schœlcher was a French author whose majority of works mainly focused on the abolition of slavery. His single work on Handel was written to the French people in hopes of influencing his countrymen to embrace the English works of Handel in order to complete their studies in the culture of musical arts. His perspective on Handel is not that of a musician, in fact, he claims to be so untechnical that he couldn’t produce a scale, gives a more emotive layer of the history of Handel’s works.